So what’s the big deal about the latest version of the biodiesel tax credit bill submitted by Senators Grassley and Cantwell last week?

The bill is available in full text for your review here, but here are some highlights that make it important for domestic producers here in the USA: 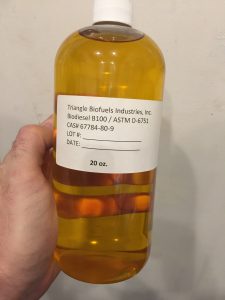 In short, this is a big win for biodiesel if it’s passed as currently written.  Biodiesel NEEDS this tax credit bill to pass in order to gain some stability in the marketplace.  We have suffered too long under wishy washy tax policies and RFS programs that did nothing but destabilize the footing for biodiesel as a domestic alternative diesel fuel.