For most, it’s hard to guess what is going to happen for biodiesel under the Trump administration. 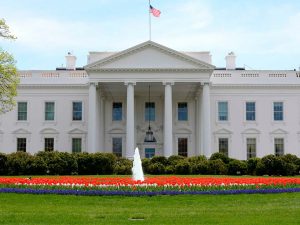 On the one hand, President Trump appears to be in favor of conventional petroleum for fuel and against the wasteful spending on pet renewables like Solyndra.   On the other hand he is pro-business and wants to reduce government regulation, which biodiesel has seen more than its fair share of in the last 8 years.

The biodiesel tax credit expired 12/31/2016.  There are two new bills pending for its renewal, one in the house (H.R. 5240) and one in the senate (S. 3188).  The tandem bills would extend the incentive through 2019 and reform the tax incentive to a producer’s credit aimed at domestic production.  This would seem to be in favor of Trump’s “America First” agenda, as it would create domestic jobs, domestic revenue, and prevent American tax dollars from subsidizing foreign imported biodiesel.

We encourage all biodiesel stakeholders to contact their elected officials in Congress and press for Congress to extend the biodiesel tax incentive.  This needs to happen sooner than later.  Waiting until 2018 to renew it retroactively WILL KILL more small and medium sized biodiesel plants, just as it has already in North Carolina and other states.  In 2010, there were 6 biodiesel plants in North Carolina.  In 2017, there are only three left, and none of them have shown any significant revenue or production growth to brag about.

To reach your senators’ offices, call the Senate switchboard at 202- 224-3121 or visit the Senate website here. Unless you already have a contact at the office, ask to speak to the staffer who handles energy or tax issues.

Congress has used tax incentives to stimulate domestic energy production for more than 100 years. Since being implemented in 2005, the biodiesel tax incentive has played a key role in stimulating growth in the U.S. biodiesel industry, helping it become the first EPA-designated Advanced Biofuel to reach commercial-scale production nationwide. By helping biodiesel compete on a more level playing field with petroleum, the $1-per-gallon tax credit creates jobs, strengthens U.S. energy security, reduces harmful and costly emissions, diversifies the fuels market, and ultimately lowers costs to the consumer. There is a clear correlation between the tax incentive and increased biodiesel production, which has grown from about 100 million gallons in 2005, when the tax incentive was first implemented, to almost 1.8 billion gallons in 2014.

However, unlike billions of dollars in petroleum tax incentives written permanently into the tax code, the biodiesel tax incentive faces tremendous uncertainty as Congress has passed short-term extensions and allowed it to temporarily expire repeatedly in recent years, including for most of 2015. This has created significant disruptions in the industry. The annual threat of losing the tax incentive has stunted growth, limiting biodiesel producers’ access to capital and investment while restricting their ability to expand and hire new employees. With less than a decade of commercial-scale production, biodiesel remains a young and maturing industry that needs stable, long-term tax policy to continue meaningful growth.