As most everyone knows the Biodiesel Tax Credit (BTC) expires at the end of this year once again, and so far has not been renewed by congress.  This is typical, and shouldn’t be troubling, but yet cannot help but continue to contribute to the instability that is the renewable fuels industry.   Congress has had 11 months to renew the tax credit for 2017 and beyond, yet it, as well as other tax extenders, have remained in jeopardy of expiring and will likely not be renewed until next year.

Contrary to what most laymen think, the BTC has traditionally enjoyed bi-partisan support and has been readily supported by both President Obama and President Bush, who was president when it was created in 2004.  Early insights into President-elect Trump also see support for domestic energy and renewable energy, and particularly biodiesel.

As usual, most people think it’s highly unlikely that the tax credit WON’T be renewed, it’s just a question of when.  If the renewal happens quickly after the first of the year (and Trump’s inauguration), it could offer very little disruption to the industry.  If however they wait until near the end of the year as has happened before in the past, it could indeed crush more of the smaller plants with less operating capital than their bigger competitors.

This time is supposedly different however, as more traction than ever has appeared in favor of a Producer’s Credit instead of a Blender’s Credit, which would only offer the BTC to Biodiesel refiners, instead of blenders like petroleum companies that don’t actually make biodiesel, but just blend it with diesel fuel.  Ultimately this solves a very critical problem, imported biodiesel coming into the country that is blended by petroleum companies and claiming the tax credit.  This essentially allows a foreign company to “double dip”, claiming tax benefits from their own country and also ours, using OUR tax dollars to enrich a foreign company.  Sadly, this has been going on for years and the the Producer’s Credit BTC bill that was proposed in 2015 was changed back to the Blender’s credit before being passed for the 2016/2017 years.    Now once again it’s being proposed as a Producer’s credit, except it sounds like for at least the first quarter of 2017 it STILL might be Blender’s credit in order to reduce the impact on the heating oil industry that’s already purchased or hedged their positions against the BTC with heating oil.  This solution would be acceptable to most in the long run, as it reduces the impact on the existing market while providing a long term resolution to American tax dollars funding foreign interests that compete in our own market.

Irritated your tax dollars are being used to fund foreign companies that directly compete with US companies?   You should be.

Want to help? Call or write your congressman. Tell them you want them to support the Biodiesel Tax Credit.  To find your members of Congress and their contact information, visit the Senate website and the House website.  Additionally, Sens. Chuck Grassley, R-Iowa, and Maria Cantwell, D-Washington, are the sponsors of Senate Tax Bill S.3188 and Reps. Kristi Noem, R-South Dakota, and Bill Pascrell D-New Jersey, are the sponsors of House Tax Bill HR 5240 that have been previously introduced to extend the biodiesel tax incentive through 2019 and reform it as a domestic production credit. 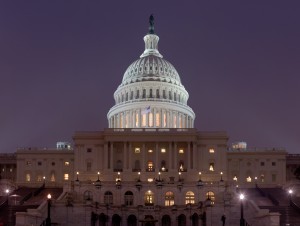